The M.A.B. was established to guide the company by representing the voices of our expanding international network of medical professionals and caregivers.

Our Medical Advisory Board members are physicians, physical and occupational therapists, naturopathic physicians, and lymphatic drainage specialists, who bring their unique perspectives and expertise to inform the strategic direction and success of the organization and it’s coursework.

The roles of board members include functioning as consultants on new processes, providing insight on scientific and medical content, and serving as healthcare thought leaders and advocates of the cancer patient and survivor.

Our Medical Advisory Board members champion CETI’s mission to provide ‘gold-standard’ education to health and fitness professionals in order to EMPOWER cancer patients and survivors during all stages of their journey. 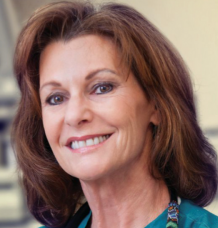 Dr. Elizabeth (Liz) Almli – was born and raised in the Tucson, Arizona where she attended the University of Arizona. She graduated from Medical School with honors and completed her Anesthesia Residency as the Chief Resident at University Medical Center. As a physician in private practice who has cared for cancer patients for over 25 years, never did Dr. Liz think she would one day be the one dealing with the challenges of a cancer diagnosis.

Diagnosed with an aggressive form of breast cancer at age 44, Liz underwent bilateral mastectomies with breast reconstruction and a year of chemotherapy. The frustrating feeling of “losing control” over her health prompted her to explore a proactive approach to her own recovery. Education, exercise, nutrition and stress reduction, empowered her to take control of her health both during and after cancer treatment.

Wanting to turn her experience into something positive that other cancer survivors could benefit from, she obtained her Personal Training Certification through the American College of Sports Medicine with advanced certification as a Cancer Exercise Trainer through the Cancer Exercise Training Institute. She now serves as the President and Fitness Director for The Tucson Cancer Conquerors, a comprehensive nonprofit healthy survivorship program centered around exercise, nutrition, education and peer support. 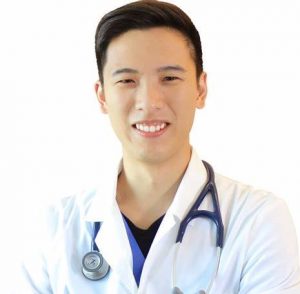 Dr. Brian Kunakom – is a Naturopathic Doctor at Bumrungrad International Hospital in Bangkok, Thailand. He did his undergraduate training at UC Santa Barbara and completed his Doctor of Naturopathic Medicine training at Bastyr University in Seattle, Washington. He is a physician who focuses on mitochondria health through his leveraging know especially  with advanced skills in Natural, Holistic, Physical and Complementary Alternative Medical Practice. His reputation includes extensive understanding of mitochondria health amongst the cancer population. He is distinguished by advanced knowledge of subject matter in integrative oncology medicine treatments. During his years as a medical student, he had an interests in exercise medicine, which made him complete 2 full marathons along with receiving training with the Kinesio Taping Association for his certification as CKTP.  Until today, he continues to volunteer at marathon events in Bangkok as part of the medical team.

Dr. Jay Harness – is a past-President of The American Society of Breast Surgeons and Breast Surgery International. He is a full-time breast surgeon at the St. Joseph Hospital Center For Cancer Prevention & Treatment in Orange, California. Practicing surgery for 40 years, Dr. Harness specializes in breast surgery and surgical oncology.

He is a member of several national and international surgical societies and associations. He has served as Secretary-Treasurer, and President of the American Association of Endocrine Surgeons and Chair, Board of Directors, of The American Society of Breast Surgeons. He has authored over 80 scientific articles and book chapters and has been the lead editor of 2 textbooks. 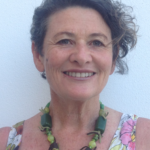 Denise Stewart, OT – has worked with people experiencing breast cancer related Lymphedema; managing compression garments and guidance to reduce skin and soft tissue inflammation since 1981. Her training and work in hands-on massage for problematic soft tissue commenced in the 1990’s.

Denise used her knowledge and skill to develop new methods for assessing and treating post-breast cancer scar tissue and shoulder girdle changes. Core stability and scapular stabilization/movement have been an integral part of her work. Denise has postgraduate training in courses by Pavel Kolar; Development Kinesiology (Prague). She has since developed post-graduate training workshops in Australia as well as online global-training programs for health professionals.

Her expertise in assessment, intervention, and training remains focused on active scar tissue, postural changes, and chronic soft tissue pain. Her goal is to EMPOWER her clients to understand pain and dysfunction and learn how to self-manage through their own means. Her work with post-breast cancer cording has led to the development of a more comprehensive testing method. This information was published, and awarded a prize, at the 2014 Australasian Lymphology Conference. In 2016, at the same conference, she presented two others; a review of case studies from the Share Cording Protocols Project and Mastectomy Scar Assessment; a review of POSAS. 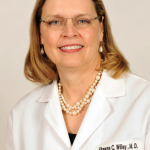 Dr. Shawna Willey, M.D. – is a celebrated breast surgeon with over 30 years of experience and is the Peterson Chair of Breast Surgery Research at Inova Schar Cancer Research – Dr. Willey is an admired breast surgeon with over 30 years of clinical experience. She is nationally and internationally recognized for her expertise in the field of breast surgery and is Chairman of the Board and former President of the American Society of Breast Surgeons. A pioneer in the field of nipple-sparing mastectomy, Dr. Willey has authored multiple publications about this particular surgery, including co-editing, Operative Approaches to Nipple-Sparing Mastectomy, and the second and third editions of Surgery of the Breast.

Prior to joining Inova Schar, Dr. Willey was director of MedStar’s Regional Breast Health Program, Chief of Surgery at Medstar Georgetown University Hospital, and a member of the Breast Cancer Program at the Lombardi Comprehensive Cancer Center in Washington, D.C.

Dr. Willey has spent her entire career in the Washington, DC area, mentoring many students, residents and breast surgery fellows. She has performed medical mission work and conducted international health education programs around the world. She is a member of the American Society of Clinical Oncology, Breast Surgery International and many other professional organizations. Among her many honors and awards are recognitions as Top Doctor (U.S. News & World Report), Best Doctors, and America’s Top Doctors.

Dr. Willey received her Doctor of Medicine from the University of Iowa College of Medicine and completed her residency in general surgery at George Washington University Hospital. 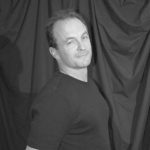 Leonard Framson, PT – is an orthopedic and sports physical therapist an personal trainer in Long Island, NY. He has many years of experience and expertise in the field working with individuals from youth to adult, amateur to professional and have been involved in international sports rehabilitation at the youth and adult levels from the North East Regional Youth Games to the Maccabiah World Games to the Olympics as well as many other competitions and sports disciplines.

He provides comprehensive and passionate wellness oriented care for anyone seeking wellness including people with suspected or diagnosed cancer, autoimmune and inflammatory conditions. He has 18 years of experience in medicine, dermatology, rheumatology, and pain medicine. Master of PT and BS in PT from Sargent College of Allied Health Professions Boston University and Master of Fitness Science Certification ISSA.

Lynn Rosenzweig, PT – was trained in Johannesburg, South Africa. She has a Bachelor of Science degree in Physical Therapy from the University of the Witwatersrand with special interest in orthopedic and manual therapy. Lynn has spent the last 25 years in the health and fitness industry. Lynn is a runner and is passionate about running and exercising. Her focus is to raise awareness about the importance of exercise for cancer survivor-ship and to promote regular physical activity as an essential component for those diagnosed with cancer. She currently coaches the Unite for Her team of breast cancer survivors to complete a 5K. Lynn has expertise working with and training cancer patients. Her training includes course work on running injuries, kinesiotaping, osteoporosis and exercise certification for cancer patients. 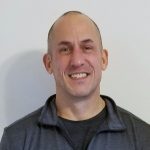 Dr. Dan Mikeska, DHSc – owns NOVA Medical Exercise, a fitness business in Northern Virginia that specializes in training clients who are experiencing, or have experienced, one or more chronic disease.  Dan earned his doctorate in Health Science and his master’s degree in Human Movement from A.T. Still University, and has certifications and specializations in Cancer Exercise, Medical Exercise, Corrective Exercise, and Performance Enhancement. Dan started training clients in 1997 because he felt it was time someone offered individualized, evidenced-based, fitness programs, rather than hype or fad, and his mission is to make a healthier society, by improving the quality of life one client at a time.  His philosophy centers on the fact that human movement is a complicated and coordinated effort between your muscles, skeleton, and metabolism, and everyone is different. Knowing how each of the systems of the body work, independently and in concert, is essential in the development of an effective fitness training program. Dan has worked with notable organizations such as Life with Cancer and 2Unstoppable, and has taught fitness and wellness classes at Northern Virginia Community College and A.T. Still University to ensure the next generation is well prepared to deal with the growing prevalence of chronic disease.  Additionally, he is a continuing education provider for the National Academy of Sports Medicine and the Athletics and Fitness Association of America.

Dr. Tsangaris previously served as chief of breast surgery at Sidney Kimmel Medical College and surgical director of Jefferson Breast Care Center, both located in Philadelphia. He has 30 years of clinical expertise in oncology.

He has also served as director of the Johns Hopkins Avon Foundation Breast Center and chief of breast surgery at Johns Hopkins University Hospital in Baltimore.

Dr. Tsangaris has co-authored more than 50 peer reviewed research articles and is an author of the National Comprehensive Cancer Network Clinical Practice’s “Guidelines in Oncology: Breast Cancer Screening and Diagnosis.”

Lynn Rosenzweig, PT – was trained in Johannesburg, South Africa. She has a Bachelor of Science degree in Physical Therapy from the University of the Witwatersrand with special interest in orthopedic and manual therapy. Lynn has spent the last 25 years in the health and fitness industry. Lynn is a runner and is passionate about running and exercising. Her focus is to raise awareness about the importance of exercise for cancer survivor-ship and to promote regular physical activity as an essential component for those diagnosed with cancer. She currently coaches the Unite for Her team of breast cancer survivors to complete a 5K. Lynn has expertise working with and training cancer patients. Her training includes course work on running injuries, kinesiotaping, osteoporosis and exercise certification for cancer patients. 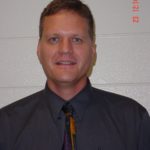 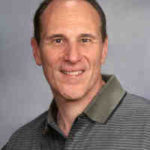